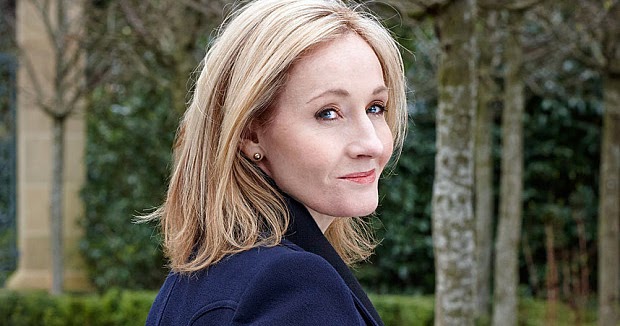 J.K. Rowling may be responsible for the Harry Potter universe that so many of us fell in love with but in recent times she’s also been responsible for some questionable tweets and statements that have caused many to view her as Transphobic. I like so many others do all the time pretty much just jumped on the bandwagon and assumed if everyone is saying it then it must be true but while browsing the hashtag #IStandWithJKRowling today I came across a lengthy statement she made last month and I started wondering to myself…Is she really Transphobic or is she just speaking from a perspective that not everyone can fully understand.

You can read the statement yourself here https://www.jkrowling.com/opinions/j-k-rowling-writes-about-her-reasons-for-speaking-out-on-sex-and-gender-issues/

I try to keep my beliefs and opinions minimal in my writing and I’ll continue to do so in this case but I will say this much I believe everyone, every group of people should have the same exact rights and rules with no special allowances made for any one group…and that’s all I’ll say about it…With a hashtag like #IStandWithJKRowling trending you’d expect to see lots of people supporting her but the more browsing I did the more I realized it was mostly just hate.

Let’s take a look at some of the tweets and maybe try to understand each others viewpoints a little bit better.

friendly reminder that you can like & enjoy the harry potter universe without supporting and agreeing with its transphobic author. we all know that neville longbottom would stupefy the shit out of her #IStandWithJKR #IStandWithJKRowling

Yea regardless of your opinion of her there’s no reason to hate on a great franchise like Harry Potter.

Think it’s great that instead of hate some are using the hashtag to bring attention to important charities.

#IStandWithJKRowling no i don’t lol pic.twitter.com/BuVKdLmwJ7

A lot of people are using this clip to express that no…they do not stand with J.K. Rowling…a bit drastic but gets the point across I guess.

#IStandWithJKRowling nah I don’t she’s transphobic and that’s disgusting, it’s unbelievable how people still support/stand with her. Transphobic is disgusting, transgender deserves to get treat equally like every gender or non-binary people

I wonder how many people just jumped on the hate bandwagon without even looking into the facts of everything…really read the statement linked above before forming an opinion here…it’s only fair regardless of how you end up feeling about it.

Trans-Exclusionary Radical Feminist is what terf stands for and some feel the term isn’t doing any group of people any favors and just causing division where there is none.

I’m all for equal rights for everyone but it seems to me like feminism has become extremely toxic and exclusionary itself…not all feminism but a lot of it.

Um so, you can’t be like #IStandWithJKRowling and also say you support your trans friends or trans people in general. She literally doesn’t believe we are who we say we are, we are beneath her, she thinks so few will want or have us, she’s violently transphobic and so are you.

Not saying it isn’t true but I looked for quite awhile and could not find proof of any of this anywhere…like I said before read the statement linked above before you make up your mind.

@jk_rowling, thank you for fighting for women and girls all around the world, even if misogynistic males and their followers attack you and your work

i stand *with* you because you stand up *for* us 💗#istandwithjkrowling

Not everyone is throwing hate her way though…some agree with her views and opinions and feel that her fighting for the rights of biological women does not need to equal her hating trans people.

#IStandWithJKRowling shutting tf up. Trans women are not a threat to feminism. Cis women shouldn’t feel the need to stomp down vulnerable communities to have our struggles heard. If your feminism is based on excluding others, you’re doing it wrong.

But your statement is attacking straight women so really aren’t you being exclusive as well? Can’t you all be on the same side?

I am here for the fact that 95% of the trending tweets with the #IStandWithJKRowling hashtag are calling out her transphobia pic.twitter.com/9Wio6ZN9wi

Yea I feel like they maybe should have used a different hashtag because very few of the tweets express that #IStandWithJKRowling…most actually express the opposite.

Is J.K. Rowling Transphobic or are people misunderstanding her statements?